An impact film is a short or long documentary whose aim is to engage the viewer and move him/her to action.

Work with CREATIV SÜN FILMS on an impact film starts from the idea phase. If this is not yet done, we work with you to lay the foundation of your film.

Be careful to not wait too long to contact us if you have a deadline. The more we work on the development of the idea, the more impact your film can have.

The power of nonfiction cinema

Because filmmakers see the story behind an issue in new ways, we are often able to perceive things that others may miss.  We may be able to establish essential points of contacts and bring together coalitions and partnerships that, till then, did not exist.

The neuro-economist Paul Zak has shown that storytelling has a direct effect on the brain: it increases the levels of cortisol (the “fear hormone”) and oxytocin (the “love hormone”), making us more open to taking action.

Unlike other short forms such as news and social media, the feature documentary takes the time to build viewer empathy, engages the audience by drawing them into the story and stimulates them to become involved and take action.

When we make films we do not write policy recommendations ou advocacy, we create cultural moments. This opens up new avenues for change, for more stories to be told and heard, and for more persons who have the will to seize the occasion to take action.

Despite their name, impact films are often composed not of one film, but rather of a series of communication actions that can more precisely be defined as a campaign.

The word “film” remains important, however, for several reasons. Firstly, each film is a project which uses marketing strategies in order to raise audience awareness on a specific issue at a specific point in time.

Secondly, social films are the most powerful and effective way to communicate about social causes.

Where can impact films be seen?

Impact films are usually screened at film festivals, broadcast on TV or in mainstream media. Where a film is shown can have a crucial impact on the visibility of and the familiarity with the subject of the film. This can therefore play an important role in public information and political opinion.

At times, the most powerful impact of impact films can result from contact points such as screenings organised by partners, social media and distribution by educational channels like schools, universities and other institutions.

Evaluating the impact of a film

Evaluating the impact of a film allows you to determine whether the impact goals set for the film at the beginning of the project were being met. These goals may include:

Impact films and the missions of foundations, NGOs, or the social responsibility of companies, tend to create alignment and natural synergy.

Actors outside the documentary film ecosystem – activists, philanthropists, brands, the media, stakeholders, foundations or NGOs- can enrich the campaign in many ways. Beyond financial support, they may organise meetings with main stakeholders, organise screenings outside of cinemas, and exert pressure of the media.

Thanks to their knowledge, contacts and experience, they can help the film team gain access to stakeholders and to different audiences, thus widening the campaign’s reach and strengthening its voice.

In short, what they can offer is priceless.

Who can make an impact film?

Any organisation, NGO, public institution or company can make an impact film in collaboration with a film production company.

Impact films are not exclusively reserved for the tertiary sector, although these companies and institutions are usually the ones who choose to do these kinds of projects.

Think of the story you want to tell

Set aside sufficient time to allow your production team to develop the story.

Do a budget before starting. 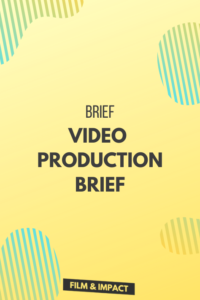 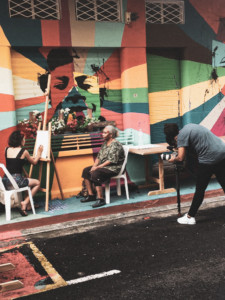 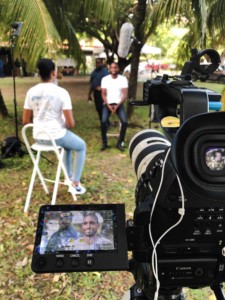